The Iranian Women’s Movement Museum (IRWMM) is a research project initiated by Mansoureh Shojaee, an Iranian women’s movement activist and researcher. This undertaking has been developed in cooperation with the Faculty of Social Sciences at Vrije Universiteit Amsterdam.

The opening ceremony of The Iranian Women’s Movement Museum presented an exhibition of handcraft by Iranian women incarcerated in Evin Prison. The exhibition was held in celebration of International Women’s Day 2018. at the Humanity House in The Hague. 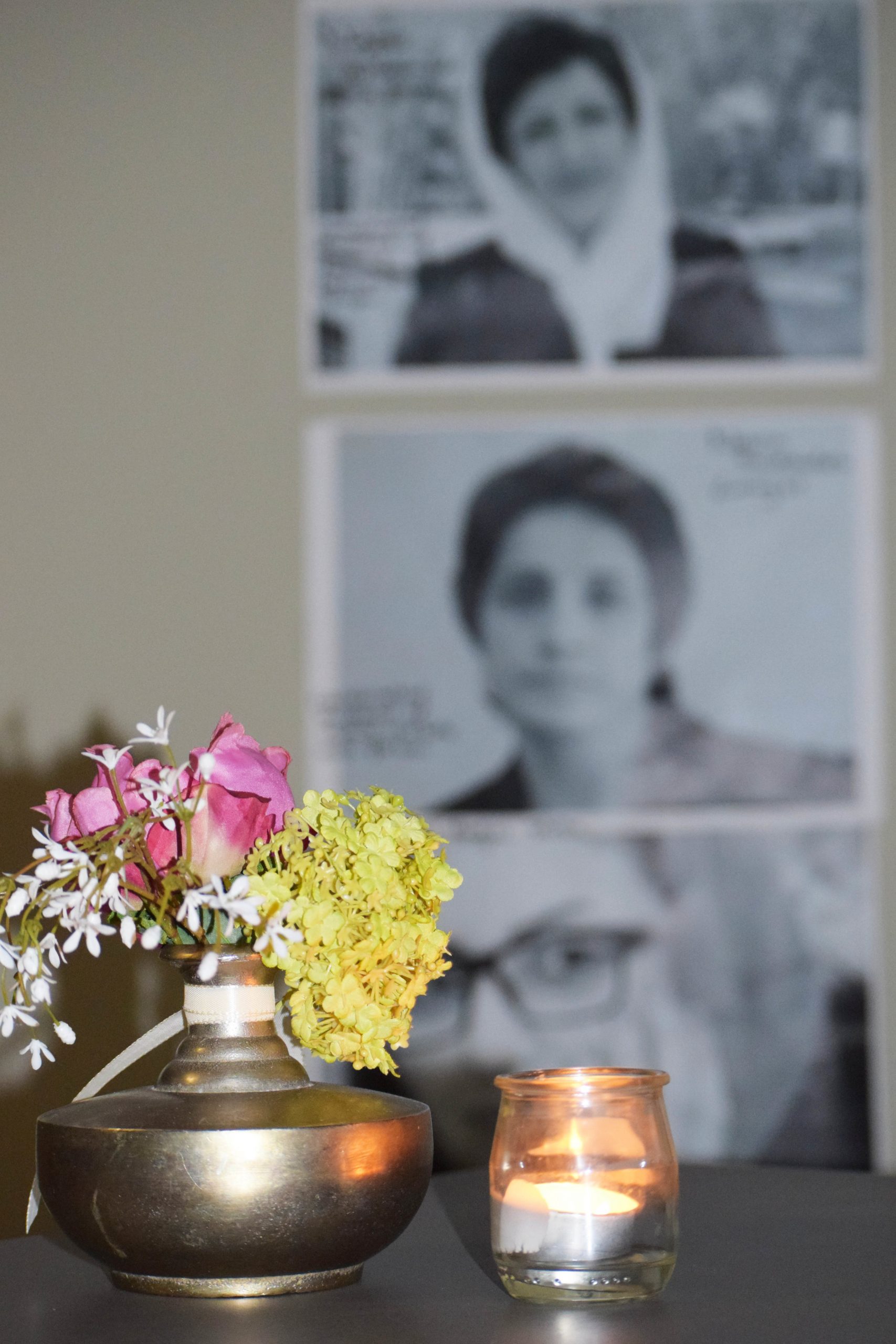 In 2007, Iranian Noble Prize laurate Shirin Ebadi, inspired by the Women’s Museum Meran in Italy, introduced the idea of the IRWMM to Mansoureh Shojaee after her return from Italy.

In 2008, Mansoureh started the initial stages of this project in collaboration with a group of women activists, artists, and academics. They include: Noushin Ahmadi Khorasani, Mansoureh Ettehadieh, Parastoo Forouhar, Soheila Shahshani, Azita Sharaf Jahan, Rozita Sharaf Jahan, and Nasrin Sotoudeh.

However, work on the project stopped in 2009, due to security concerns and the Iranian government’s suppression of the democratic Green Movement. In December of that year, five agents and investigators of Evin Prison raided Mansoureh’s home and confiscated all the resources, reports, and documents that were to be published and presented on International Women’s Day as the first exhibit of the Women’s Museum. The agents arrested her and took her to Evin Prison.

In October 2010, Mansoureh resumed her efforts and set out to revive the project. She began an internship with the International Association of Women’s Museum (IAWMM), which included training programs at the women’s museums in Kongsvinger, Nurnberg, Meran, and Bonn. Mansoureh then spent two years working in collaboration with the Women’s Museum in Fürth.

These endeavours resulted in the completion of the first stage of the research project that since September 2017 has been implemented as a joint effort with the Vrije Universiteit Amsterdam.

IRWMM is Iranian member of International Association of Women Museum.

The Project of “The Museum of Iranian women’s Movement” started on 2008 in Iran. The main Idea presented by Iranian Nobel prise laurate, Ms. Shirin Ebadi. This suggestion run by Mansoureh Shojaee and a trustees board , initially in Iran on 2008, and it’s progressing in diaspora.

The goal behind founding this museum is creation of a Women’s NGO in order to collect documents and information about Iranian women’s social, cultural, political, scientific, artistic and athletic history and efforts from Constitutional Movement until now, to show the defeats and the victories of Iranian women.

This collection is presented virtually through the bilingual website , and presenting physically by our traveling exhibition in several countries.

IRWMM is the official member of The International Association of Women Museum.

The Iranian Women's Movement Museum website is divided into two sections, Permanent and temporary. The permanent section is devoted to the history of women's movements, and introduces the effect of those struggles, their success and failures. In this section, Tahirih Qurratu l-Ayn is introduced as the first woman to protest against the veil and the prohibition of women's presence in the social arena. This section also covers women's movements since the Constitutional Movement, the Pahlavi period, up through the Islamic Revolution. The temporary section of the Museum includes exhibits of various activities of women. In this section, the first exhibit is devoted to the handcrafts of women in prisons during the last ten years. In this section we exclusively introduce those women who were subjected to harsh criminal penalties by the judiciary system for their women rights activities alone. These exhibits will remain on for two years.