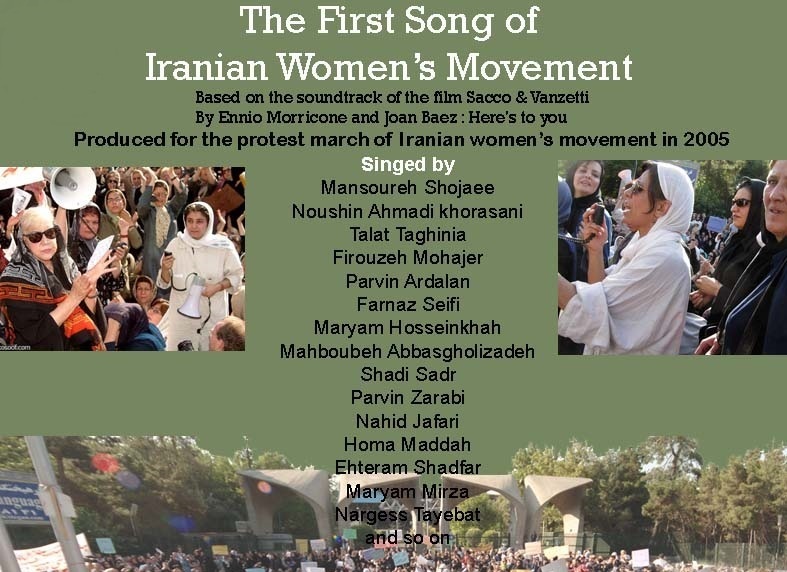 The Women’s Museum Istanbul and Sabanci University Gender and Women’s Studies Center of Excellence organized a conference in Istanbul from the 18th  to 23rd of October.

Feminist Pedagogy: Museums, Memory Sites, Practices of Remembrance, has taken place with the aim of discussing feminist pedagogical approaches and emphasizing the role of the women’s museum in shaping and transforming collective memory planned several lectures, workshops, storytelling, exhibitions and walks over 5 days.

These plans were designed around and based upon some key questions (below).

·  What is the women’s museum contribution to the culture of remembrance?

·  How do women and gender-oriented museums differ from other museums and memory sites?

·  What role does feminist pedagogy play in the transformation of social memory?

What are some of the ways in which feminist theories, concepts and discussions are translated into the field of social memory?

The 1st  Asian/European Conference of the Women’s Museum took place in the presence of women’s museum founders and researchers  from Turkey, Iran, South Korea, Japan, Italy, German, Norway, US, Spain, Argentina and Albania. Furthermore there was hosting university participation from the SU/Gender’s professor’s, researchers and students.

The opening session was held by Meral Akkent from the Women’s Museum Istanbul, Suay Aksoy the President of the International Council of Museums, and Mona Holm the chair of the International Association of Women’s Museums. This session was followed by a panel entitled “Feminist Storytelling for another world”, and in the presence of dignitaries such as Catherine M. King the Executive producer of the Global Fund for Women San Francisco, Karin Karakash, a writer from Istanbul, Aylin vartanyan a Peace educator from Bogazici University of Istanbul and Ayse Gul Altinay an Anthropologist from Sabanci University Su/Gender.

‘Am I my story?’ was a further presentation by Cihan Korak, A Sustainablility and Development consultant from the UN, Istanbul.

Mansoureh Shojaee, the Founder of The Museum of Iranian women’s Movement Initiative as well as a researcher for the Free University of Amsterdam’s department of sociology was one of the speaker at the next session titled ‘Feminism Storytelling  as Bordercrossing’.

This session was moderated by Senem Donatan, a Turkish Storyteller from the Seiba International Storytelling Center, Istanbul.

The other participants were Nasli Eda Noyan from Bahcesehir University’s Faculty of Communication, Istanbul, Maissan Hassan, researcher from the womens museum in Egypt from Leiden University, and Kye-Hyeong Ki the director of the National Women’s Exhibition Hall, Goyang.

‘Re-Membering Cities’ was a session introduced by Cihan Koral featuring Anna Di Giust’s talk about Serbrenica and the gender narratives of the genocide as well as talks by Merak Akbas from Middle East University Ankara, Ozge kelekci , Berrak Tuna, Ekin Ciftci and Elif Irem from the Ege university Women Studies Izmir and Tijana Jakovljevic-Sevic from the Museum of Women’s Culture Regional International Furth/Nurnberg.

The last panel and session was titled ‘Women’s History-Women’s stories’  and ‘Practices of remembrance’ respectively  with a speech given by the director of Empathy Museum, London and ending with Elif Cigdem Artan from Berlin University.

On the Second day of the Conference, several workshops were held at the same time at the presentation such as:‘Dialogue for reconciliation: Exihibition concepts’ run by Gaby Franger, curator of Museum Furt/Nurnberg.

The second workshop:  ‘Civic statues in Istanbul: A gender Mapping’  was run by Terri Bell-Hallivwell Aftista an activist from Brighton together with Meltern Ahiska from Dogazici University Istabul.

Attendance on Friday was made very memorable through the ‘Gender and Memory Walk Su Gender’.

This walk was planned as a collective effort to mobilize memories through walking and storytelling. This walk accomplished several interrelated goals i.e. Drawing attention to the silencing of women’s and LGBTI lives/contributions/struggles in the city, making visible the nationalization and militarization of public spaces, introducing forms of alternative memorialization, exploring feminist and LGBTI struggles connected to space, making visible sites of gendered violence, exploring the gendered memories of recent cases of urban transformation, problematizing the marginalization of women and LGBTI. The Participants were invited to walk their curious steps through the neighborhood of Kadikoy (in English) and Balat (in Turkish) in the company of young storytellers. 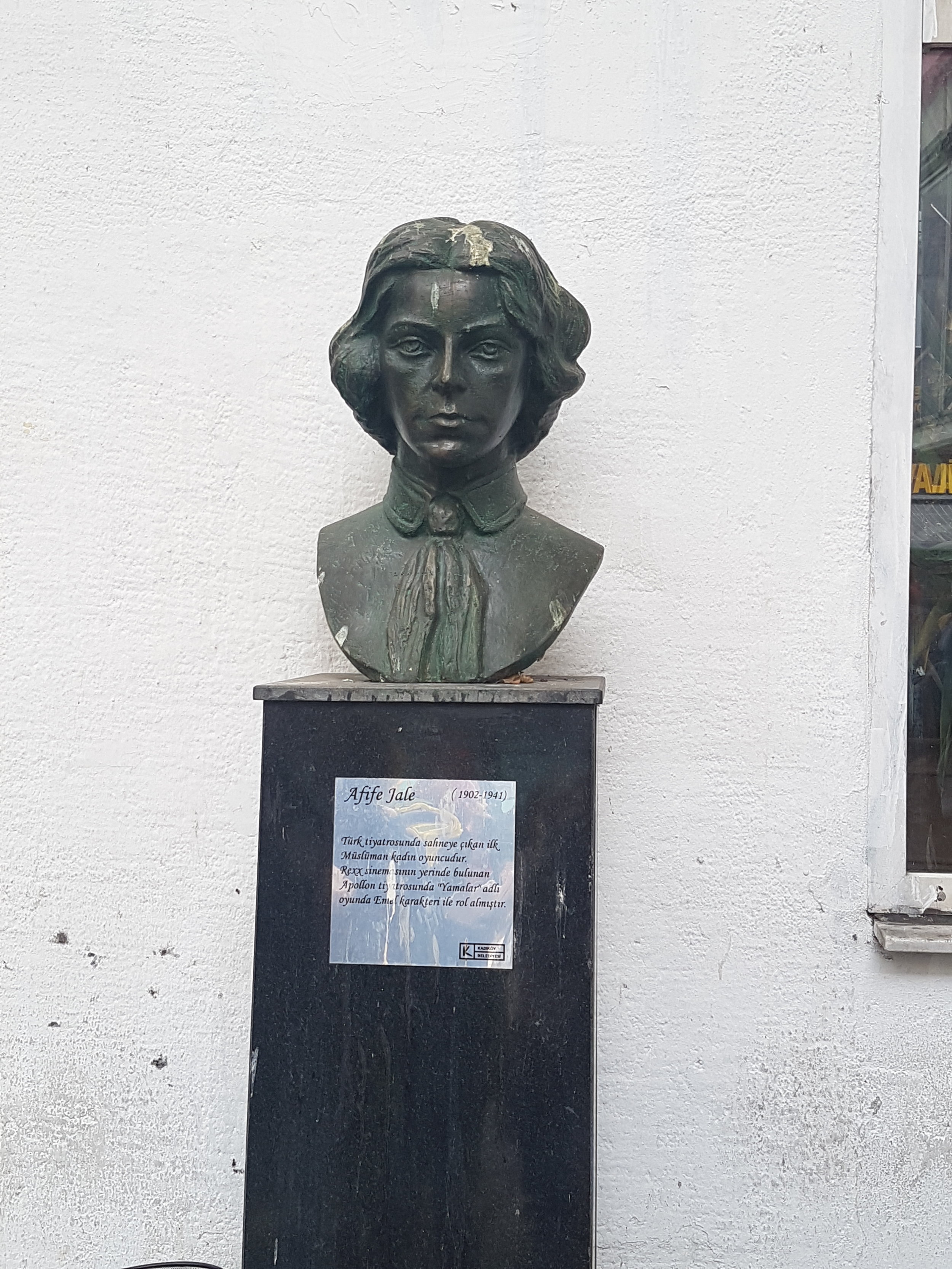 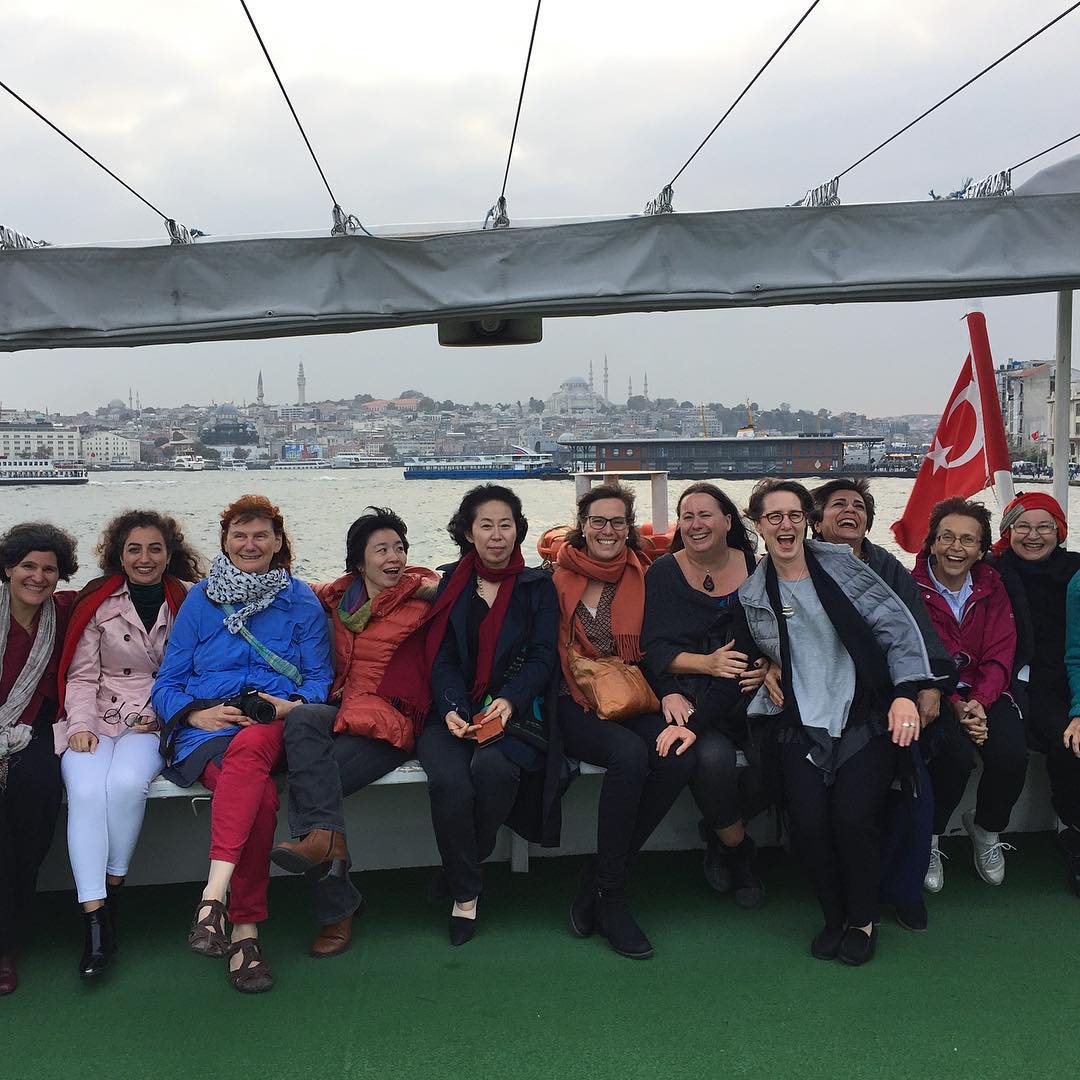 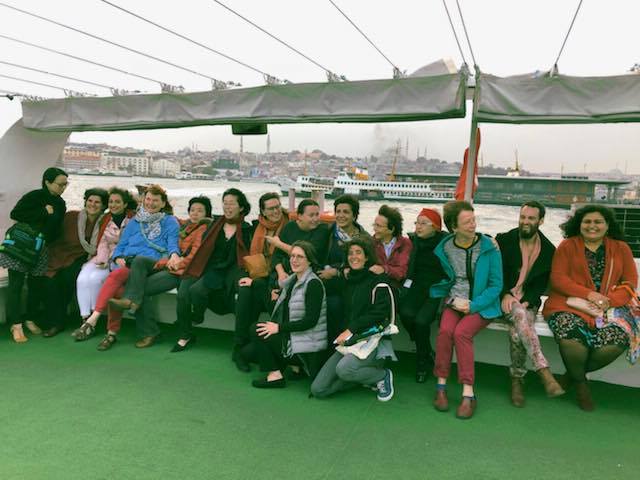 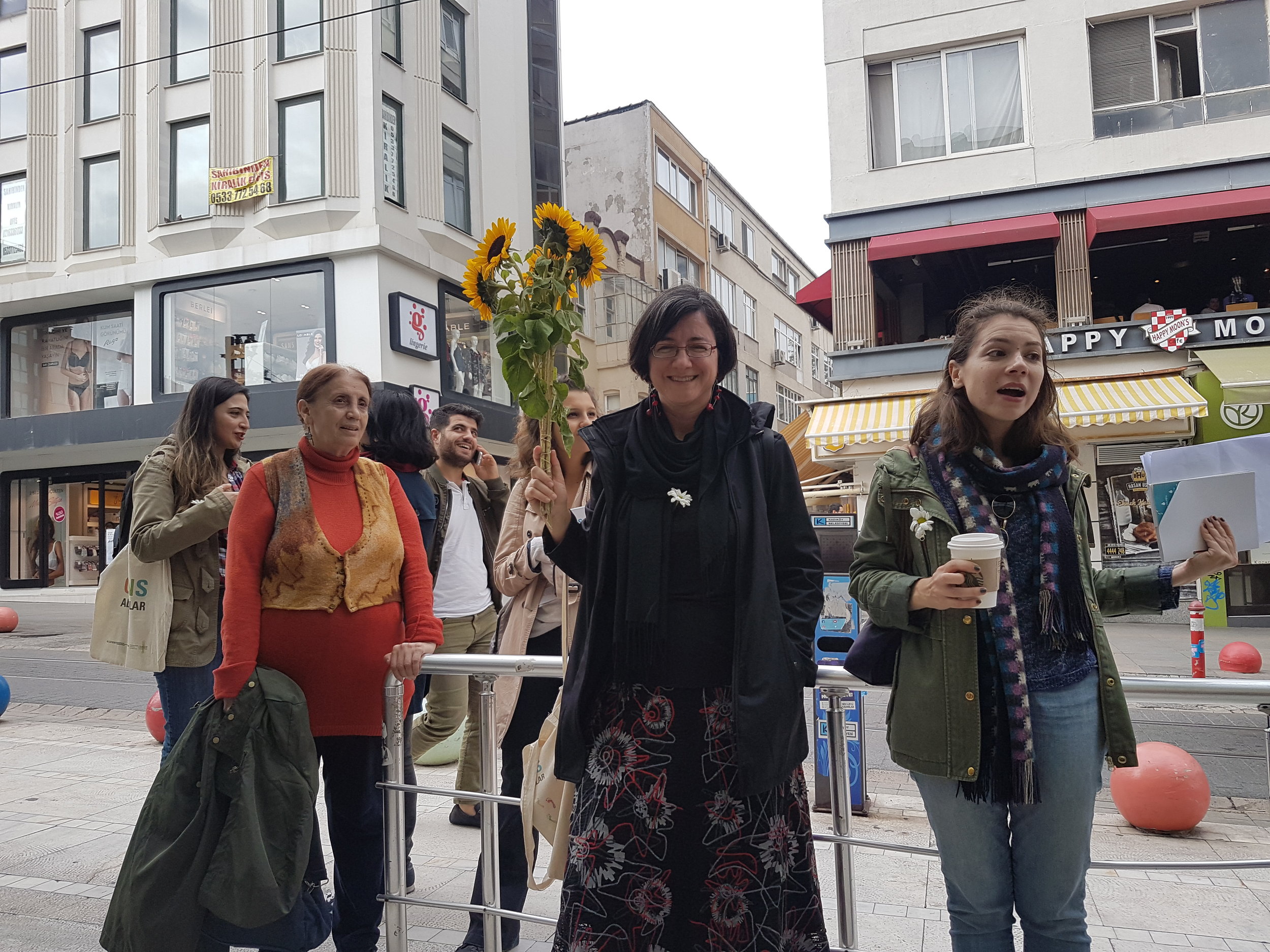 The second part of the conference took place on the 23rd October as the Annual meeting of the International Association of Women’s Museums.

As an Early bird announcement Astrid Schönweger wrote to all of with an exact and detailed plan a week before as below:

“With the agreement of the Board of IAWM we have planned the following agenda for our meeting:

–          Short introduction and statements of each museums (max. 5 minutes per person)

–          Afternoon: we will work to create a toolkit of answers for women’s museums: answers to requests or attacks on the museum that help the museums to get out of these difficult situations as a winning party. This toolkit will be available also to other women’s museums and can be extended after the conference.” 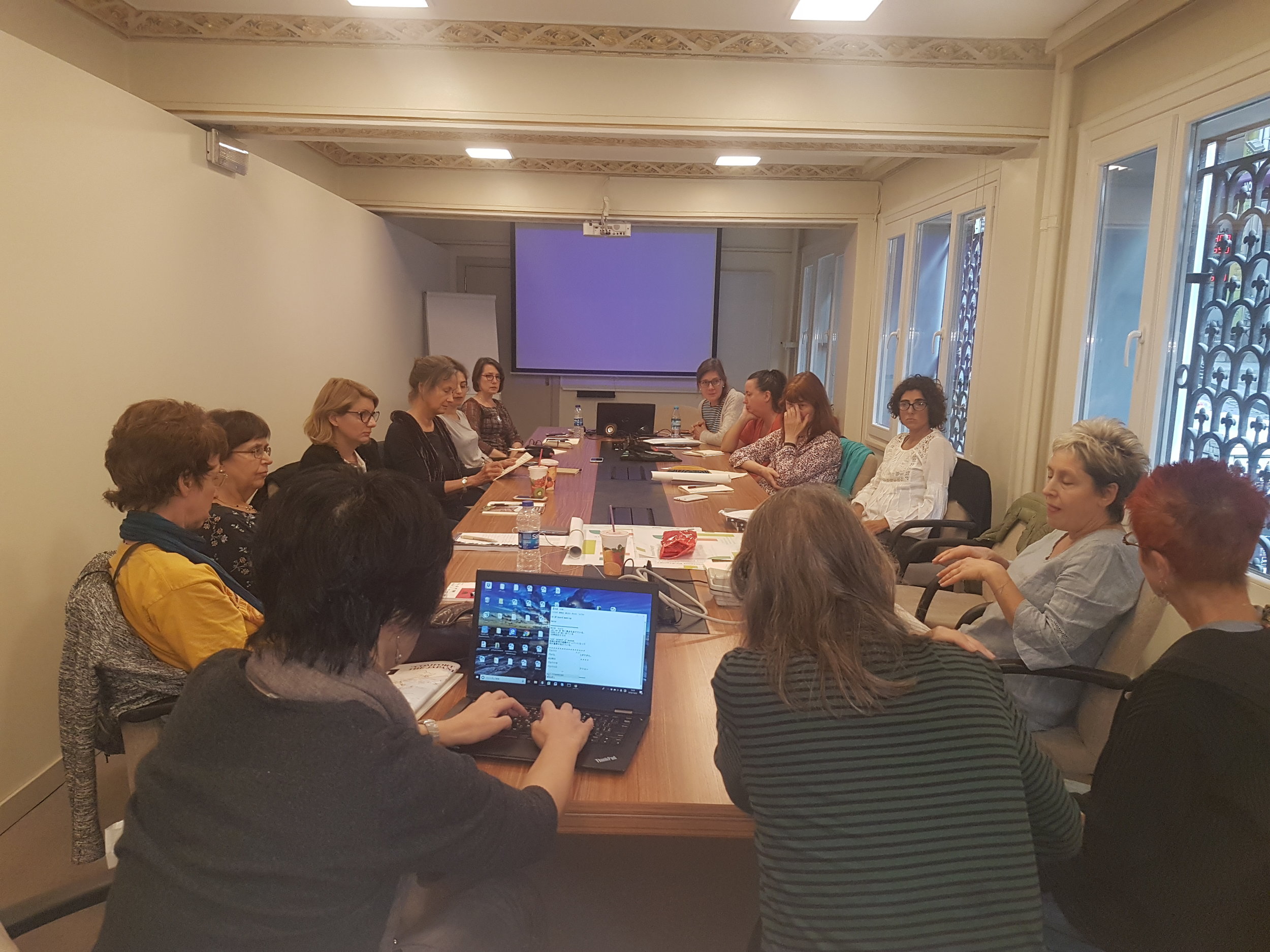 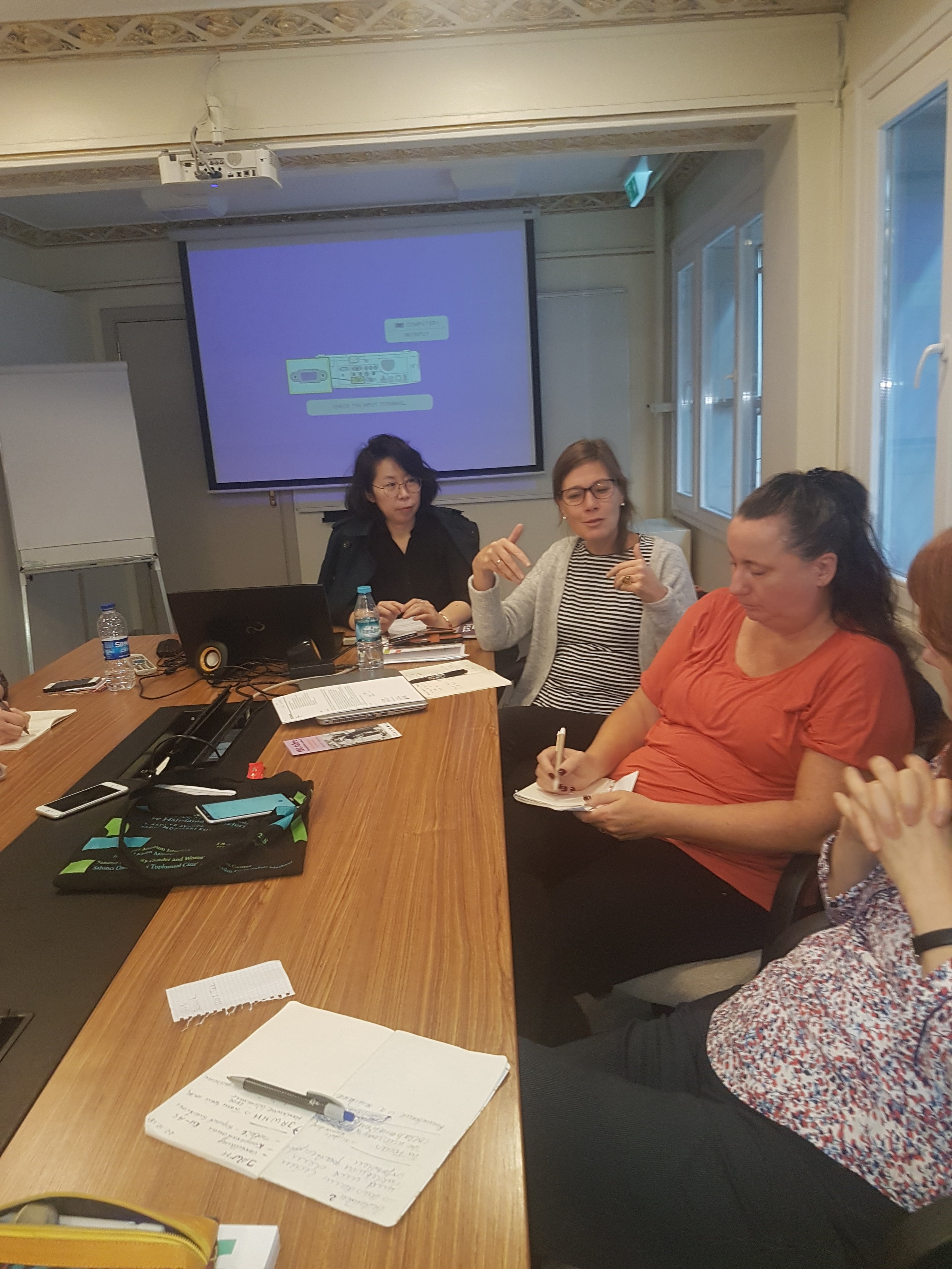 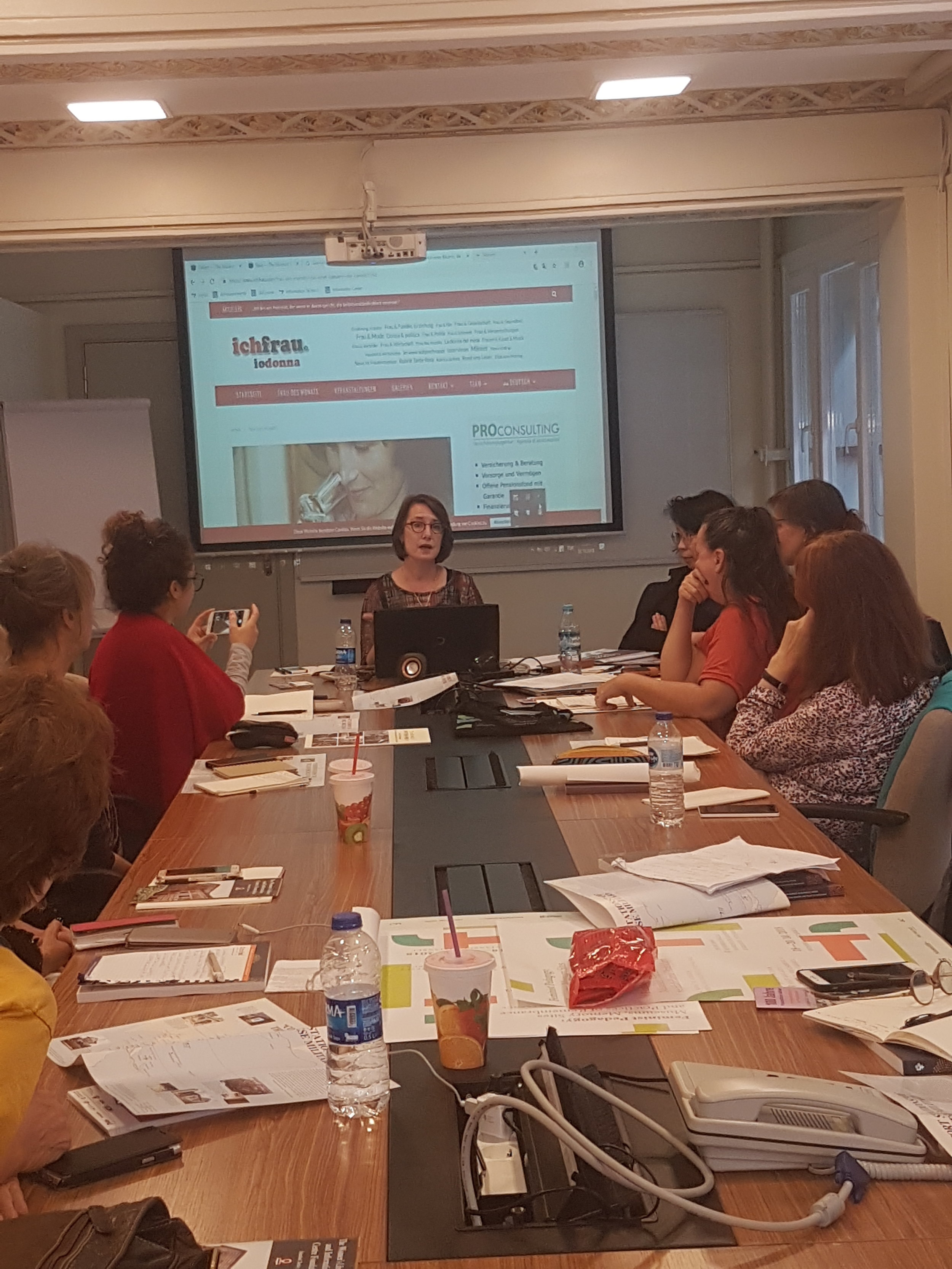 All of the participants had room to explain their own experiences with the women’s museum, their troubles, opportunities and suppressions through a face to face and interactive meeting which was both Intimate and transparent yet based on critical thought!

Concerning the serious, committed and mindful message of Astrid schönweger we the IAWM members found that the last full day being a closed session was a fruitful ending of 5 days of hard work together with more than 100 Asian/European and American participants. 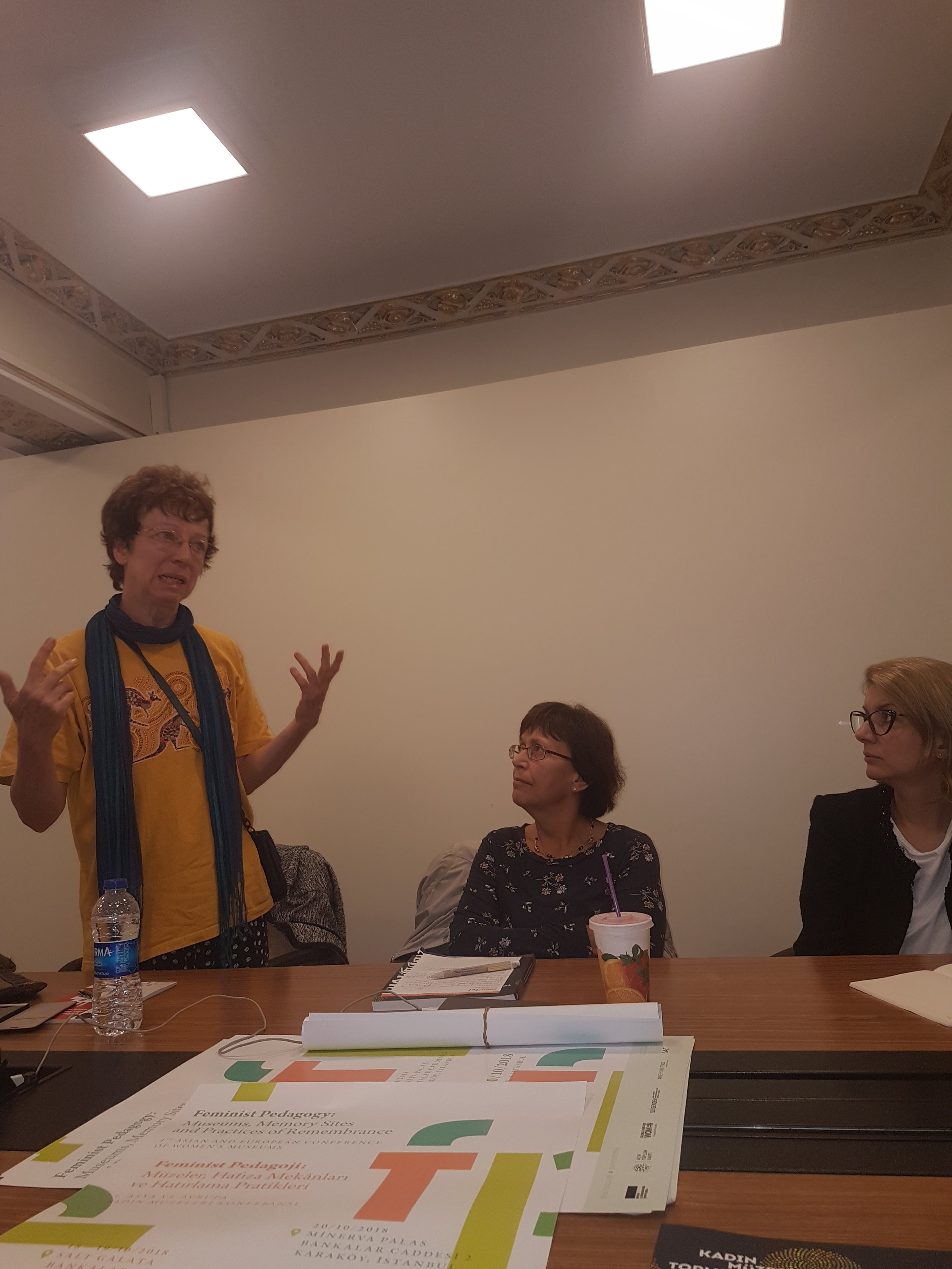 At the end we, the IAWM members returned from Istanbul with a modest reminiscence box of our own alternative memory of Her-story, overlooking the huge boxes of male dominated His-tory!

*he photos of the first session , as a visual package will be published in  the coming week.